Was previously published in AccoutingToday.com

The Global Intangible Low Taxed Income or in short- GILTI, has created a lot of challenges for taxpayers since it was instituted by the Tax Cuts and Jobs Act of 2017.

By all means, GILTI is not a simple concept to understand, but in its most simplistic form, it taxes US taxpayers on income generated in their Controlled Foreign Corporations (CFC), where the foreign corporation is located in a tax jurisdiction with a lower tax rate than in the United States.

In my opinion, one of the main problems with GILTI is that it creates inequality between corporate and non-corporate taxpayers.

Individuals and partnerships, which are the primary non-corporate taxpayers are subject to the same rules, without the same benefits. Income is calculated in the same manner- the CFC income, minus 10 percent of tangible assets minus depreciation, minus interest expense to unrelated parties. However, the non-corporate taxpayers do not get to deduct 50 percent of the GILTI, and taxed instead on the full amount. It is also not clear if the real intention is to limit the non-corporate taxpayers on claiming up to the 80 percent foreign tax credit, as this credit might be considered an indirect foreign tax credit under section 902, which was repealed under the Tax Cuts and Jobs Act of 2017. 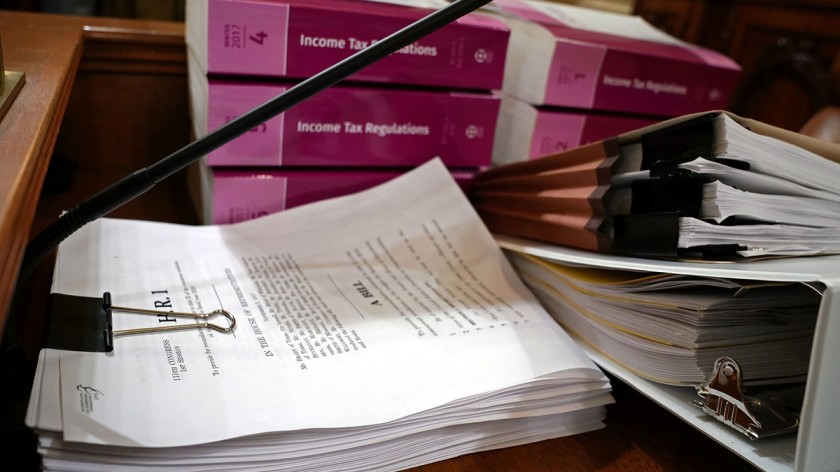 One of the planning options available to a non-corporate taxpayer who is an LLC is to make an election to be taxed as a corporation, this would allow the LLC to receive the 50 percent deduction, be taxed at a lower tax rate, and claim the foreign tax credit on the reportable GILTI.

Another planning option is available in case the CFC is qualified to make an entity classification election, in such case the CFC will make the election to be classified as a partnership (if the CFC has multiple owners), or a disregarded entity (if the CFC has one owner). The benefit of such an election is that the US taxpayer will be able to flow thru the income and the foreign tax credit associated with the income to their tax return. The foreign tax credit would not be considered as an indirect credit and will be available to claim by the US taxpayer.

The final planning option that should be mentioned without extending the scope of this article, is the long (and perhaps) forgotten code section 962. A US individual shareholder of a CFC can make an annual 962 election to pay the tax on its subpart F income at the corporate tax rate, instead of the individual tax rate. This code section might be forgotten, because before the Tax Cuts and Jobs Act of 2017 corporate tax rates were very close to individual tax rates, and the active trade or business income of CFC was not taxable if it stayed outside the US. However, now with GILTI creating its own subpart F category on active trade or business income, and corporate tax rates being lower; this election can make a lot of sense for an individual in the highest tax bracket of 37 percent, as he or she will be only subject to 21 percent tax on their GILTI.

There Might be Light in the End of the Tunnel

While the IRS has not specifically confirmed that non-corporate taxpayer can get the foreign tax credit for 80 percent of the foreign taxes paid by the CFC on the GILTI, the IRS did propose regulations that would allow an individual making the 962 election to also be eligible for the 50 percent GILTI deduction, lowering the effective tax rate to 10.5 percent. With such proposed regulations, I do believe that the IRS has seen the inequality burdened by the non-corporate taxpayers, and working on fixing it.